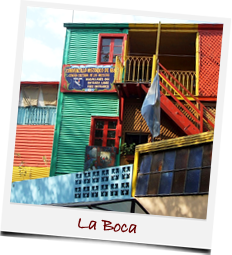 Where To Go On Holiday In Argentina

The dominating capital city of Buenos Aires is vibrant and youthful, and you’ll be at once captivated by its beauty. No visit would be complete without a trip to the neighbourhood of La Boca to gaze in awe at the colourful houses and to take a stroll along the Caminito where you can marvel at the tango being displayed. Also on any itinerary for a stay in Buenos Aires should be a trip along the Avenida de Mayo where you’ll find countless Art Nouveau buildings, a stroll around the impressive Japanese Gardens and a visit to one of the cities many outdoor markets.

When you need a break from city life, a gaucho party is just the trick! Spend a night experiencing life as an Argentinean cowboy riding horses, sampling traditional gaucho food and wine, and dancing the night away. Alternatively head south towards Mar del Plaza where you can soak up the sun on the beach and enjoy many Argentinean sweet treats such as dulce de leche (a type of cream caramel) and top notch seafood.

In the north of the country on the border with Brazil lies the impressive Iguazu Falls, a UNESCO World Heritage Site, accessed via the pretty town of Puerto Iguazu. It is also possible to cross the boarder into Brazil to admire the falls from both sides. Equally as impressive are the Andes, the longest continental mountain range in the world, which marks the border with Chile. For those brave enough scaling the dizzying heights of the mountains is paid off with sight of the statue of Christ the Redeemer of the Andes.

Also worth a visit is the Valdes Peninsula which plays home to a variety of wildlife. From here you can expect to see sea lions, elephant seals, emperor penguins, southern right whales and pink flamingos.