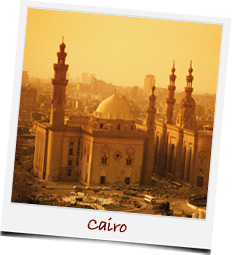 Where To Go On Holiday In October

There’s one word for October and that’s “ouch”. Winter has officially arrived, dark mornings and evenings are setting in - and once again we’re forced to don layers of knitwear. But it doesn’t have to be this way!

So where to go on holiday in October to grab some final rays of sunshine we hear you ask? Well look no further because below is a list of destinations set to inspire an extended summer.