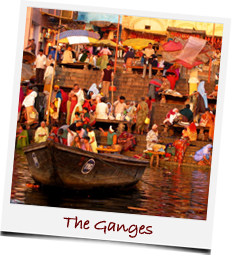 Where To Go On Holiday In India

For many the adventure starts in either Delhi or Mumbai with many airlines flying to both. The capital of Delhi is definitely worth a stay, and perhaps the best way to acclimatise yourself to the city is to take a tourist bus or better still, a ride on a tuk-tuk. The city is frenetic, but let yourself be swept off your feet and carried head first into the madness and you’ll instantly fall for its charms! Whilst here visit the imposing Red Fort, the ancient Qutub Minar skyscraper, the India Gate, its bazaars and Lotus Temple to name but a few – you won’t find it difficult to fill your time!

Of course what visit to India would be complete without paying homage to the staggering Taj Mahal?! A popular route to take whilst in India is dubbed the “Golden Triangle” which takes in Delhi, Agra for the obligatory visit to the Taj Mahal (Princess Diana photo anyone?), and carries onwards through Rajasthan’s many sights such as the old city of Jaipur with its emporiums and beautiful fort-palace of Amber.

Mumbai is a cosmopolitan city and is the birthplace of Bollywood. A city of contrast, it is the richest city in India and is the financial and commercial capital of the country, yet it is here that you can see the slum towns as depicted in Slumdog Millionaire. The most iconic of its landmarks is the Gateway of India, but also worth a visit are its Elephanta Island, Banganga Tank district and colonial buildings.

Further down the west coast of India is the popular tourist destination of Goa where many head for a hedonistic sun drenched beach break. From here Kerala is easily accessed by train and a strong contender to be a part of any India itinerary! Covered with lush vegetation, swathes of wide sandy beaches, rice paddies and stunning backwaters for you to take to by boat, Kerala is a fantastic region to down tools and take some time to explore.

Chennai is a great base for taking in the town of Mamallapuram where you can explore the UNESCO Heritage Project of Shore Temple and its many intricate carvings. Chennai itself is scattered with interesting churches, mosques and temples, and has South East Asia’s largest zoo, Arinjar Anna Zoological Park.

In the North of the country Varanasi offers an insight into the life of Hindu pilgrims – it is here that you will see the pilgrims bathing in the scared river Ganges, set against a backdrop of temples and the Ghats steps.

The Himalayan North of the country offers the adventurous trekking opportunities through a stunning backdrop of the Himalayas, kayaking, white-water rafting, mountaineering, and on less adventurous days plentiful wildlife watching (look out for Ibex, Snow leopard, Chiru and Kyang). Ladakh is particularly worth a visit with its preserved Tibetan Buddhist culture, however journeying here is not for the faint hearted! Scattered with monasteries, stunning prayer flags and lakes, we defy anyone to not come back with camera jammed with photos and a tonne of stories to tell!

For many a trip to India is a once in a lifetime opportunity, but its vibrancy, welcoming culture and variety of experiences will leave you longing to come back to discover more of its gems – it’s absolutely bonkers and you’re going to love it!