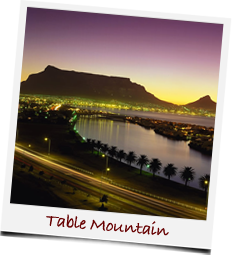 Where To Go On Holiday In South Africa

South Africa has seen a boom in tourism over recent years, helped of course by them hosting the World Cup during 2010, but also as a result of its vibrant cities, beautiful coastline and incredible national parks.

Of course it goes without saying that caution should be exercised when visiting the country’s cities; though don’t let this put you off – most crime takes place in the townships and areas located away from the main tourist destinations.

South Africa’s capital Cape Town is made famous by its iconic Table Mountain. How you choose to get to the top is your call, with the best options being either via cable car or climbing the Platteklip Gorge tourist route. Arguably the best means of getting down is to abseil, though this isn’t for the faint hearted! If you’re an adrenalin junkie then Cape Town really is your playground, with shark cage diving, sand boarding and skydiving all also possible.

For an altogether more relaxed stay, head to Boulders Beach and enjoy watching the colony of African penguins cavorting, or watch the sun set over Clifton Beach. Alternatively a visit to the Cape of Good Hope National Park will make a pleasing addition to any Cape Town itinerary.

Other top cities to visit include Johannesburg where history buffs can take in the fascinating Apartheid Museum and Constitution Hill, and hedonists can enjoy a relaxing visit to The Pyramid Day Spa. Nearby Pretoria is home to the Groenkloof Nature Reserve, perfect for a peaceful stroll and a picnic, and the famous Rovos Rail (from where onward travel to Cape Town is possible).

South Africa is also famous for its abundant wildlife, and so it comes as no surprise that there are countless national parks to visit. The largest and most well known example of which is the Kruger National Park spanning some 217 miles, home to elephants, leopards, Cape buffaloes, lions and giraffes as well as rare species such as the black rhino. Also worth a visit are the iSimangaliso Wetland Park boasting hippopotamuses and crocodiles, and the Hluhluwe-Umfolozi Reserve where the almost extinct white rhinoceros can be found.

Those in search of a beach break will love the eastern coastline with its hot Indian Ocean waters. If surfing is your bag then a stay in Durban, once home to Mahatma Ghandi, won’t disappoint. The 180 mile Wild Coast throws up plentiful possibilities for a less touristy stay, and the seaside resorts of the Peninsula Coast where the Atlantic and Indian Oceans meet will make for a great break.