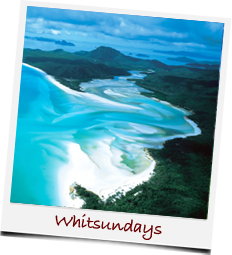 Where To Go On Holiday In Australia

As diverse in landscape as it is in culture, Australia is sure to captivate even the pickiest of holiday makers! With its bustling cities, iconic Uluru, its Barrier Reef and its tropical rainforests, it won't disappoint!

The East Coast is well trodden for a very good reason! Melbourne has plenty to offer, from Neighbours tours and theme nights to Chinatown, and the breath taking view from the Eureka Skydeck 88 to Cook's Cottage. An equally popular option is to visit Sydney - a city with so much buzz you'll be instantly swept off your feet! The Opera House is a must, and rather than staring in awe at the Harbour Bridge, why not climb it instead?! When the city becomes tiring and you need a break, the beaches of Bondi and Manly won't let you down.

Moving up the coast is the beautiful Byron Bay where you can catch some surf or simply some rays. Or why not put your driving skills to the test on the sand dunned Fraser Island - home to the dingo, the colourful Rainbow Beach, the shipwreck of Maheno, some of the most incredible lakes you'll ever see and a 75 mile long beach to boot!

What trip to Australia would be complete without snorkelling or diving the Barrier Reef?! The Whitsundays offer a picture perfect encounter with one of natures most spectacular natural wonders. And having come this far up the coast it would seem a shame to not squeeze in a visit to Port Douglas and Cape Tribulation - both breath takingly stunning and tranquil.

Alternatively you may want to consider heading inland to pay a visit to the imposing Uluru (Ayer's Rock) to watch the sun set throwing a beautiful and mesmerising light over the area. A visit to Alice Springs will be sure to please, and whilst surrounded by such an expanse of scenic arid landscape collect your thoughts and lament on life. The centre of the country throws up ample opportunity to learn all about Australia's indigenous communities too.

If a not so beaten track is what you crave then the West Coast offers a perfect opportunity to take a route less trodden. Take stock as you relax on the beautiful beaches at Bremer Bay, or marvel at the city skyline of Perth and take your time discovering this captivating city. And why not grab yourself a rod and learn to fish in Kalberri - your ultimate BBQ experience is waiting! Alternatively head further north and enjoy the World Herritage site of Shark Bay or whale watch over the Ningaloo Reef.

If this isn't enticement enough consider the diverse wildlife, from sharks to Koala, the laughing Kookaburra bird to the Kangaroo. Get stuck trying to remember whether you're ordering a "schooner" or a "pot" of beer, and take time marvel at the "pokie" machines in every bar up and down the land. And need we say it... throw another shrimp on the barbie!

So go on and immerse yourself in one of the world's most spectacular countries!