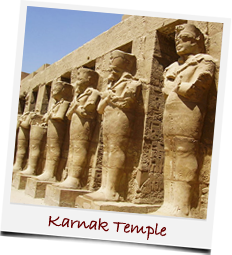 Where To Go On Holiday In Egypt

Despite turbulent events in Egypt's recent history - particularly the revolution that the country underwent in 2011 - Egypt remains a major player in the world of tourism. Each year the country welcomes thousands of British holidaymakers who are attracted by the weather, low living costs and an unparalleled historical legacy that this region can boast.

The Great Sphinx of Giza is undoubtedly the poster child of Egypt, whilst the Pyramids of Giza form one of the most iconic and recognised structures in the world. Both are located just a short drive from the country's capital, Cairo, and are seen by millions of tourists each year, putting them on a par with other tourist powerhouses such as the Eiffel Tower, Taj Mahal and Christ the Redeemer.

Only a limited number of people are allowed into The Pyramids each day, so get there early to avoid disappointment. Be warned however - if you're not comfortable with enclosed spaces or extreme heat, you're unlikely to stay in there long enough to make the most of your ticket.

Being Africa's largest city, there's far more to Cairo than just The Pyramids. Tahrir Square is a recognisable name all over the world (although not necessarily for the best reasons) and this is the home of several notable buildings including the American University and the Arab League headquarters. The square is also where you will find The Egyptian Museum which is home to the largest collection of ancient Egyptian antiquities anywhere in the world.

North from Cairo you'll find Alexandria, the "Pearl of the Mediterranean". A heady mix of modernity and history makes this a fascinating place for a few nights stay. The beaches live up to any hype that you've heard, and the beautiful Abu al-Abbas al-Mursi Mosque and catacombs of Kom el-Shoqafa are not to be missed.

If you're feeling adventurous then a 4x4 ride deep into the Sahara desert is an experience and a half. Similarly, a visit to Egypt wouldn't be complete without a ride on a traditional felucca (sailing boat) down The Nile. There's a popular two day route from Aswan to Kom Ombo which provides a brilliantly voyeuristic taste of Egyptian river life.

Year-round sun, crystal clear waters and exceptional coral and marine life make The Red Sea an obvious attraction for tourists. Divers, anglers, swimmers and water-sport junkies will fail to be bored here for a second. Sharm el-Sheikh in particular is world-renowed as a scuba diving destination owing to its stunning underwater scenery that makes this a deep-sea diving paradise.

For those less energetic or in need of recuperation, check out Marsa Alam or Safaga. There are fewer places on earth where we're rather unwind.