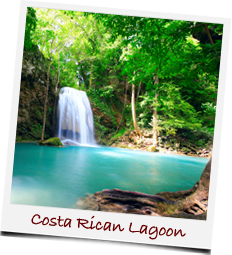 Where To Go On Holiday In Costa Rica

Often described as the"greenest" country on earth, Costa Rica's tropical climate, biodiversity and rich cultural heritage are just three of the reasons that it has seen a huge growth in tourism in the last couple of decades.

Stunning national parks and large areas of protected land mean that Costa Rica is a popular destination among nature lovers, who are treated to a rich variety of plants, birds and wildlife. The country's green credentials has meant that it has built up an enviable reputation as an ethical holiday destination. Almost half of the country's tourists are believed to be ecotourists, whilst it also attracts adrenaline junkies who are looking to indulge in adventure activities such as bungee jumping, rafting and snorkelling.

Translate "Costa Rica" into English and it will be immediately obvious that this country's "rich coast" is one of its main draws. With over 700 miles of coastline split between the Caribbean and the Pacific, coral reefs, small islands and diverse marine life can all be found in abundance. Costa Rica's coastline is revered around the world with Manuel Antonio, Playa Dominical and Montezuma regularly cropping up in lists of the best beaches on the planet.

Away from the beaches, you have active volcanos, rain forests, lakes and waterfalls to ensure that you're not bored for a single second. As happens anywhere, excessive tourism has taken its toll in places - but luckily Costa Rica has enough passionate locals and eco-warrier visitors to look out for the environment and ensure that it remains a paradise for future generations.