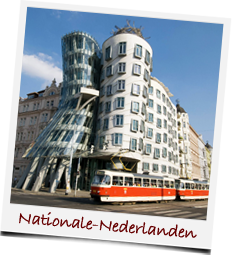 Where To Go On Holiday In The Czech Republic

The landlocked country of the Czech Republic – and its capital Prague in particular – is one of Europe's most popular holiday destinations. What it lacks in coastline, it makes up for in numerous other ways, not least its hugely varied landscape, historic châteaux and ski slopes that attract holidaymakers from all over the world.

Prague is where most tourists start their holiday. Don't let its reputation as a stag and hen destination put you off though. Whilst Prague has a nightlife to rival any other city, steering clear of all but the most tacky of venues will ensure that you discover narrow streets, pretty squares and numerous hidden galleries, music venues and cafés.

Prague's historic centre is an UNESCO World Heritage Site, and its famed castle is the largest in the world. Charles Bridge, the Jewish Town and the Dancing House are all must-sees, as is one of the city's most treasured monuments, the Astronomical Clock which dates back to the 15th Century. Visit in December to make the most of Prague's famed Christmas Markets, hearty meat-based cuisine and intense, warming mulled wine.

Travel west from Prague and you'll stumble across Plzeň, most famous as the home of Pilsner beer. This city, alongside České and Budějovice in the south, produces one of the country's most renowned exports, which goes some way to explaining why the Czech Republic is a nation of beer drinkers.

Elsewhere in the Czech Republic, attractions and activities are as varied as you'll find anywhere in Europe. Zoological gardens, aqua parks and thousands of castles and chateaux abound. Cyclists, golfers and horse riders are spoilt for choice, and even those who prefer water-based activities can don their wetsuits and choose from windsurfing, yachting and rafting.

If you prefer more of a relaxing break, don't out-rule the Czech Republic. Some of the oldest spas in Europe can be found here - and spa cities such as Karlovy Vary are world renowned. Gastronomists can revel in the delights of Czech meat, dumplings and potato pancakes, whilst music and film lovers decend on the country in the summer months to attend some of the many festivals that take place here each year.