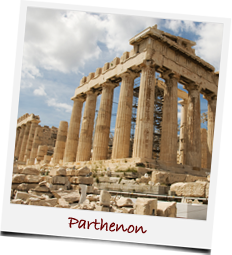 Where To Go On Holiday In Greece

Although Greece suffered badly as a result of the financial crisis that began in 2007, the country remains a tourism hotspot with plenty to entertain intrepid travellers and chilled out holidaymakers alike.

The country's rich cultural heritage can be dated back to around 3000 BC when Greece became the first area in Europe to be populated. You don't need to be history buff or a fan of crumbling buildings to be inspired here though. A subtropical climate, huge areas of coastline, staggering mountain ranges and hundreds of exquisite islands go a long way to explaining why Greece continues to be one of the favourite holiday destinations among sun-seeking Brits.

The country's capital, Athens, is where many tourists make a beeline for. Roman, Byzantine and Ottoman monuments are scattered around the city, and Greece's most famous and picturesque site, The Parthenon, stands on the imposing Acropolis of Athens.

Athens isn't all about architecture however. Theatre is big business - and the Athens Planetarium is widely regarded as the most sophisticated and spectacular on earth. The 2004 Summer Olympics helped throw the city into the limelight once again, and the improved infrastructure and stunning Olympic Stadium are just two of The Games' legacies.

Thessaloniki, the second largest city in Greece, is one of the country's main commercial hubs and regarded by many as the "cultural capital". The Great Thessaloniki Fire of 1917 destroyed much of the city but didn't stretch as far as Ano Poli (the old town) which is now an UNESCO heritage site. Go there on a clear day and you may be lucky enough to get a view of Mount Olympus, one of the highest mountains in Europe.

Despite the architecture and history, Greece's islands are what many visitors come here for. Crete, Euboea, Lesbos and Rhodes are all fully geared up for an invasion of tourists each summer, whilst the smaller island of Santorini was hailed the "Worlds Best Island" by Travel+Leisure in 2011, beating Bali, Maui and the previous number one, Galápagos.