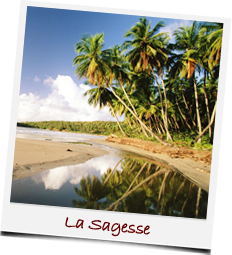 Where To Go On Holiday In Grenada

Nestled away in the Caribbean lies the tiny island of Grenada, home to majestic beaches, verdant rainforests, sprawling mountains and a fine Caribbean culture. Affectionately known as the “Island of Spice” owing to its nutmeg, cinnamon, ginger and mace production, it’s also here you’ll experience a wide and varied cuisine. Make sure you try the national dish “oildown” – a divine mix of coconut milk, salt beef, chicken, green banana, yam, dumplings and potatoes.

Grenada is awash with cultural offerings too, from the annual Carnival to cricket, to storytelling and Soca music, so there’s bound to be something to capture your imagination.

The country is divided into six saintly parishes; Saint Patrick, Saint Mark, Saint John, Saint George, Saint David and Saint Andrew, each with its own distinct identity and offerings for any intrepid traveller. Arguably its star attraction, the centre of the island boasts the heart of this volcanic island where mountain lakes and energetic waterfalls await. But don’t overlook the capital of St. Georges with its highly celebrated horseshoe shaped harbour comprising colourful buildings neatly blending into the hillside behind.

If diving is your thing then Grenada won’t disappoint! Not only does the country enjoy breath taking reefs and staggering wrecks, it also has an underwater sculpture park to boot! Alternatively you could take to the water for a spot of sailing and enjoy the countries views at an altogether more leisurely pace.

Other top Grenadian attractions include its many rum distilleries, picture perfect villages and towns, its bustling markets and plentiful idyllic beaches, all of which make Grenada the perfect option for a laid back slice of the Caribbean life. With the country seeing less tourism than other Caribbean islands too, now is the time to get in on the act before everyone else discovers what they’ve been missing!