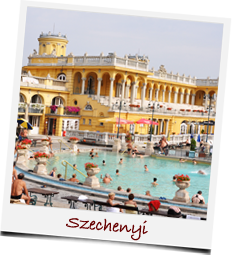 Where To Go On Holiday In Hungary

Hungary is gaining in popularity as a result of its beautiful capital Budapest, widely regarded as being one of the most beautiful cities in Europe. But Hungary is also a country of lakes, mountains and national parks.

Budapest (so called because of its two parts; Buda and Pest) is an elegant mix of culture and architecture. On the Buda side of the river Danube is a quiet neighbourhood home to many of the cities attractions such as the Fisherman’s Bastion with its commanding views over the city, Gellert Hill and the former Royal Palace.

Crossing over the iconic Chain Bridge takes you into Pest, an altogether more vibrant half of the city with shops, restaurants and a lively nightlife. Whilst in Budapest a visit the Szechenyi thermal baths to soothe away the aches and pains is a definite must, and visit attractions such as Hero’s Square as well as taking in the view towards the Parliament Building.

North of the capital lies the pretty town of Szentendre, an easy day trip from Budapest where you can enjoy exploring cobbled streets and narrow side streets, and the enjoy looking at the colourful buildings around the town. Alternatively head towards Lake Velence; just 30 miles away from Budapest, Lake Velence is one of the warmest lakes in Europe meaning you can enjoy a dip in waters of around 26 degrees.

Nestled in the Cserhat mountain range (also north of the capital) lies the UNESCO site of Holloko which is rather akin to a living museum. With pretty cobbled village streets, a castle and a church, the area has charm however that’s pretty much where the attractions end unless you’re interested in doll or post museums, so really best visited as a day trip.

Away from the hustle and bustle of the city, Lake Balaton (Europe’s largest fresh-water lake) provides a welcome break.  Affectionately known as the Hungarian Sea, the area has been a favourite playground of Eastern Europeans for many years as a result of the water sports and swimming on offer.