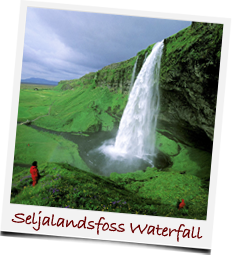 Where To Go On Holiday In Iceland

With Reykjavík and the surrounding areas being home to two-thirds of Iceland's population, it's no great surprise that most holidaymakers make a beeline for the capital before exploring the rest of the wonders that this country has to offer.

Reykjavík itself is located in the south-west of the country and has a colourful history, punctuated by volcanic eruptions and earthquakes. The summers are relatively mild and the winters are not as cold as popular conception may have you believe. Lovingly referred to as the "nightlife capital of the north", Reykjavík has numerous bars, restaurants and nightclubs. Don't go out however, if you're not prepared to part with considerable cash. Travel to Iceland may be inexpensive, but partying here is not.

Once you've got Reykjavík out of your system, thoughts are likely to turn towards exploring the landscape. You don't need to be a geography or nature boffin to fall in love with Iceland. Although it's fair to say that the "great outdoors" is certainly the biggest draw, the many geysers, glaciers, waterfalls and boiling mud pools exude a natural wonder that will melt the heart of even the most staunch townie.

Whale watching, river rafting, horse riding and hunting are all experiences that are just waiting to be grasped in Iceland. Vatnajokull and Skaftafell National Parks are the real showcase attractions… the kind that ooze example after example of sites that showcase the country’s exceptional beauty. Stori-Geysir however, is the real poster child of Iceland. If you can visit this natural attraction without taking a photo then you're dead inside.

There's no denying that dozens of photographers, artists, filmmakers and musicians have helped secure Iceland's reputation as a tourist destination - and even the 2008 financial crisis that lead to considerable financial and political instability hasn't dampened people's desire to visit this unique part of the world. Iceland doesn't need celebrities or headlines to shine though. It's natural wonder competes effortlessly with any other country on earth - and considering its proximity, it's amazing that more Brits don't visit.