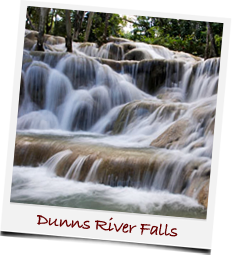 Where To Go On Holiday In Jamaica

As the third largest island in the Caribbean, Jamaica offers an array of waterfalls, mountains, historic sites and beautiful beaches. Kingston, the capital, throbs with the energy of more than a million inhabitants and boasts The National Gallery (full of African-style art) and the Bob Marley Museum which has become something of a Mecca for reggae fans.

Jamaica's influence on popular culture is quite staggering when you consider the size of the country. Reggae, ska and even punk rock have strong roots in the country – and some of the biggest names in music such as Jimmy Cliff, Lee "Scratch" Perry, Bob Marley and Notorious B.I.G are all of Jamaican decent.

You don't have to be a muso to occupy your time here though. A well developed tourism infrastructure (some may say a little too well developed) appeals to a huge variety of tastes. City lovers tend to head to the towns of Ocho Rios, Spanish Town and Port Antonio, while the sun-worshippers naturally congregate around the country's famed beaches and coastal resorts such as Turtle Beach, Doctor's Cave Beach and Dragon Bay.

Snorkeling, diving and glass-bottom boat trips are as good in Jamaica as you will find anywhere in the world. In the Rio Grande Valley you can float down the river in a 30-foot long bamboo raft – and at Dunn's River Falls you can lose yourself in the renowned botanical gardens such as Coyaba River Garden.

It doesn't take much imagination to see why Jamaica has been chosen as the backdrop to numerous films over the years, including Dr No, Cocktail, Blue Lagoon and Club Paradise. As well as a proud musical heritage and verdant landscapes, the country's food heritage is revered across the world, with jerk cuisine being one of the most distinctive styles of cooking anywhere.

Visitors should make themselves aware of Jamaica's high levels of crime - with Kingston in particular having something of a tarnished reputation owing to significant pickpocketing and violence. Tourists are not advised to travel alone at night and LGBT couples should be aware of a deep-rooted hostility towards same-sex relationships.