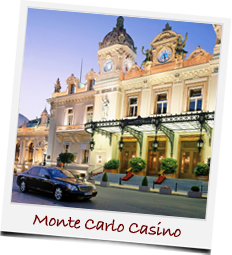 Where To Go On Holiday In Monaco

It's impossible to write about Monaco without mentioning money, so we'll get the vulgarity out of the way early. Monaco is the world's second smallest country and boasts the highest GDP nominal per capita. 0% unemployment and 0% income tax makes it a tax haven quite unlike any other place on earth.

Pretty much everything you've heard about Monaco is true. The harbour is chockablock with gin palaces, the parking lot of the legendary Montecarlo Casino is home to more ostentatious cars than you'd normally see in a year, and the lurid stench of money lurks around every corner.

Associations with the Grand Prix, James Bond, princes and lavish weddings however, means that the public perception of Monaco isn't entirely accurate. The biggest shock to visitors is the fact that Monaco harbour isn't actually that wonderful. You can ogle at the boats and laugh along with the playboys and think you're in a movie if you want to, but tilt your head slightly and you'll get an eyeful of shabby high-rise buildings, an overrated harbour and some pretty ridiculous people.

There's no doubt however, that Monaco is a fascinating place to visit - and well worth the day trip if you're staying in the south of France. Our recommendation would be to hire a scooter from Nice and take the winding coast road right into the centre of Monaco. You can drive around parts of the famous Grand Prix circuit and then travel up into the hills for a birds-eye view of the harbour. A €15 beer at the Hotel de Paris is entirely optional, but if you do plan to eat or drink here, make sure you've ironed your shirt and practised your swagger.