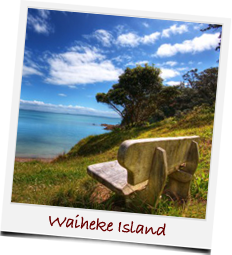 The awe-inspiring natural beauty of New Zealand has earned it its place a popular holiday destination where you can experience the great outdoors, nature watch, spend time in vibrant cities and indulge in extreme sports.

The Kaikoura Peninsula is a nature lovers Mecca, with whale watching being the activity of choice - sperm whales, orcas, humpback whales and dolphins are all known to cavort off the coastline. Equally spectacular is the Fiordland National Park for bird watching, where most notably you can expect to see the national bird, the Kiwi, all set against a backdrop of staggering mountains and serene fjords.

If you’re after an active holiday then New Zealand has plenty in store for you! Surfing and swimming are best enjoyed off the Coromandel Peninsula on the North Island (also a great spot for topping up the tan and enjoying some down time on one of the many beautiful beaches).

Adrenaline junkies can get their fix from bungying off the infamous Kawarau Bridge, throwing themselves out of a plane over the magnificent Rotorua Hot Springs, cascading down white water rapids in Queenstown, skiing down Mount Ruapehu, an active volcano, or hurtling through the sky at breakneck speed in a Fly By Wire. And if you’re after something a little out of the ordinary then helicopter in and pit your skills walking over the staggering Fox Glacier on the South Island.

Those in search of the city will love the capital, Wellington, where culture and fine food are on the menu. Top activities include hiring a jet ski in the Frank Kitts Park, taking in the views of the city and the harbour from The Wellington Cable Car or watching the sunset over the city from Mount Victoria, discovering the seal colony at Red Rocks and strolling around the beautiful Botanic Gardens. Alternatively Auckland will delight with its rotating Sky Tower, challenge of climbing the Auckland Harbour Bridge and sea kayaking.