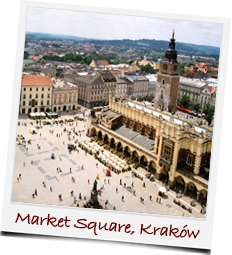 Where To Go On Holiday In Poland

Gaining in popularity in recent years due to its pretty cities and beautiful countryside, Poland makes for a great getaway.

If arts and culture are your thing then look no further than the capital, Warsaw. Culture vultures can enjoy a bevy of attractions such as the beautiful Grand Palace (also known as Rynkek Glowny), Wawel Royal Castle, and the breathtaking old university, not to mention countless galleries such as the fantastic Zacheta National Art Gallery. Warsaw also benefits from its proximity the pretty village of Wadowice, the infamous Auschwitz concentration camp and the Wieliczka salt mine, all accessible as a day trip.

The quaint city of Poznan is also worth a visit to admire the attractive market square, take in the cathedral, and experience opera at the city’s opera house. Here you can also indulge in retail therapy at Stary Browar with lots of high end shops, or instead elect for Galeria Malta, one of Europe’s largest shopping centres.

Winter sports enthusiasts should make a bee-line for Zakopane in the south of the country at the foot of the beautiful Tatra Mountains where skiing and mountaineering are on the agenda. The town itself is also worth exploring with its larch wood houses and churches.

Also in the south of the country is the lively city of Krakow. Easily reachable via budget airlines, the city is laden with a plethora of architectural styles and a fantastic panorama across the city can be obtained from Krakus Mound. Understandably the city has been listed as a UNESCO World Heritage Site, but aside from all the culture and history, the city also boasts a bustling night life and a relaxed vibe.

To be at one with Mother Nature the Mazury region of the country (also know as the Land of a Thousand Lakes) is a great place to partake in kayaking, fishing, boating and bird watching. Nature lovers will also enjoy a stay in the Bialowieza Forest, Europe’s largest natural forest, or in the Beskidy Range in the south of the country where hikers are treated to glimpses of bears, bison and eagles.

If it’s a coastal stay you’re after then Leba in the north of the country offers beach lovers pristine white sands and water sports aplenty. Starting just west of Leba is the UNESCO designated Slowinski National Park, home to Europe’s largest sand dunes where you can enjoy walking trails, beaches and observation tours along the various routes.