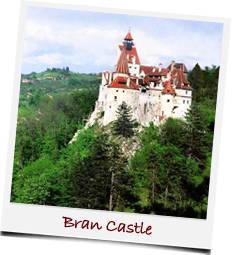 Where To Go On Holiday In Romania

Romania is probably not the first country that comes to mind when planning a holiday, but with its lush countryside, splendid castles, staggering mountain ranges and lively cities you'd be overlooking a real gem! Added to this, the cost of living is low by UK standards and European budget airlines are cottoning on to the country's charm, so if you're after a holiday that's not so run of the mill then look no further!

Romania's capital, Bucharest, is every inch as sophisticated as any European capital. Historical, communist and contemporary architecture sit side-by-side providing a fascinating insight into the history and development of the country, and the city benefits from many green spaces such as the pretty Cişmigiu Gardens and the Herăstrău Park, home to many attractions like an open-air theatre, the Village Museum and an amusement park, as well as numerous restaurants, bars and even a nightclub.

The county of Bacău in the north of the country is home to the staggering beautiful Carpathian Mountains. Climb the Viteză Mare peak or head to the Prahova Valley which will please winter sports fans and mountaineers alike. If it's skiing you're after then consider Predeal or Azuga which boasts the longest run in the country. For mountaineering then look no further than Sinia for your hiking hit.

And what visit to Romania would be complete without a visit to Translyvania?! Visit Brasov and enjoy the view over the city from the lofty Hollywood inspired lettering on the hillside, or relax in a bar themed with Carlsberg "Probably the Best City in the World" marketing.

Of course when in Translyvania it's obligatory to pay a visit to Dracula Castle, made famous by Bram Stoker's novel. Also within Translyvania is Sibiu and the beautiful UNESCO fortified Saxon church of Biertan, set within a stunning village, and the breathtaking Bâlea Lake which can be enjoyed from a stay in the ice hotel. Not content with just the one UNESCO world heritage site, Translyvania also boasts the quaint UNESCO site of Sighişoara, a medival fortified city with bags of charm.

If a beach break is more your bag then head to Constanta on the Black Sea coastline. Here you'll find an art nouveau style old casino, a raft of museums, an aquarium and a planetarium, parks and of course the beach, so there's plenty to keep children entertained too.

And for a slice of the great outdoors then look no further than the Iron Gates Natural Park in the south of the country on the border with Serbia. It's the largest natural park in Romania and sports an iconic carving of Decebal's Head in its rock face. The area is serene and a perfect spot to enjoy walking, bird watching and take in the parks many important historical buildings such as a water mill.

In short Romania has lots to offer and shouldn't be overlooked!