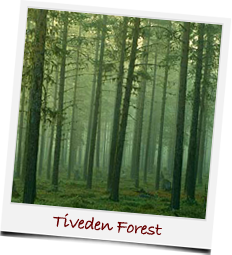 Where To Go On Holiday In Sweden

A holiday in Sweden essentially means a holiday with the great outdoors. With lakes, rivers and forests aplenty - and winter sports on the agenda - get ready for an active break!

In the very north of Sweden Lapland dominates a huge swath of the country. Famed for its Northern Lights, other highlights include a stay in the iconic ice hotel, learning to build your very own igloo, reindeer and dog sledding, as well as skiing and hiking. The area boasts a variety of national parks all forming part of the UNESCO listed Laponian area, with Muddus, Padjelanta and Sarek National Parks being firm favourites among hikers and wilderness explorers alike. Its here you can also enjoy the famous midnight sun, where for 100 nights the sun never sets.

A jewel in Sweden’s crown, the rich historical island of Gotland is worth adding to the itinerary. Bizarre shaped limestone stacks and fantastic beaches line the coastal areas where you can also indulge in a spot of ocean kayaking, diving or caving. Why not explore the island by horseback or bicycle, whilst taking in the plethora of historic monuments and ruins scattered liberally across the island? Lying half way between Sweden and Latvia, it also serves as a great stepping stone if you’re looking for onward travel.

In the beautiful and tranquil region of Dalarna you’ll be greeted by pristine lakes, expansive mountains and dense forest, and of course the ubiquitous Dalarna horses! The region is fantastic for hiking, cycling and skiing, and for taking take out from the hustle and bustle to discover an area steeped in history and blessed with extreme natural beauty.

Sweden is also home to vibrant, cosmopolitan cities such as its capital Stockholm. Affectionately dubbed the “Scandinavian Venice” its series of islands, canals and bridges make Stockholm one of the most attractive European cities. The city is as known for its edgy, forward-thing design as it is for its historical Gamla Stan old town, making it feel like a city of two halves.

Other notable cities include Gothenburg, home to the largest theme park in Scandinavia, Liseberg, and Malmo in the south of the country, connected via railway with Copenhagen in Denmark. Whatever you’re looking for in a holiday, you’ll surely find it in Sweden.