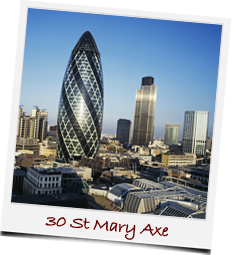 Where To Go On Holiday In The UK

You could do a lot worse than a staycation, and our little but Great Britannia has plenty to offer! So why not take the time to explore our island and visit those places you've always been meaning to?

Cornwall's a fantastic place to start and one that's very close to our hearts here at Where to Go on Holiday HQ! The north coast of the county has a rugged beauty that's second to none, and with beautiful towns like Padstow and St. Ives it's hard to not be taken in by its charm. The south coast is also worth exploring with areas such as the Lizard, Helford, Mevagissey and St. Michael's Mount stealing the show.

Dorset's Jurassic Coast offers a glimmer into the past, and with areas such as Lyme Regis, Weymouth and Bournemouth you won't be short of places to visit to fill your time. Just around the corner is the beautiful New Forest too where you can be at one with nature.

Those in search of a bit of sand, sea and surf might want to consider a stay on Devon's north coast, with Croyde, Woolacombe and Saunton serving as a Mecca for surfers and beach-bums. Alternatively the south coast of Wales, particularly the Gower Peninsula, is popular for a reason - plentiful clean, sandy beaches and breath taking scenery gives the area an edge.

If a bustling metropolis is more your thing then consider visiting one of the UK's many fantastic cities. Live it up like a tourist in London visiting world class attractions such as Madame Tussaud's, the London Eye and the Tate Modern, and by night take in a West End show.

Alternatively explore Manchester by tram, stroll around Chinatown and Heaton Park, and at sun down soak up the atmosphere and laugh until it hurts at the Comedy Store.

In the north Newcastle won't disappoint. Take in views of the iconic Tyne Bridge, discover the highly celebrated independent Tyneside Cinema, amble along Tynemouth's beaches and Grey Street, and take a tour of St. James' Park. Alternatively why not pay a visit to Glasgow where the free Kelvingrove Art Gallery and Museum, shopping on the West End, exploring the The Necropolis and a tour of the Glengoyne Distillery?

In the south of the country the vibrant and dynamic cities of Bristol and Brighton are well worth a visit. In Bristol discover street art (it is of course the birthplace of Banksy after all), marvel at the multi-coloured houses lining the hillsides, stroll around exclusive Clifton and walk over the jaw dropping Clifton Suspension Bridge. Alternatively, discover the fringe side of the city, particularly Gloucester Road which is home to swathes of independent retailers, bars and restaurants.

Brighton has a unique charm and you can while away a weekend playing like a child on the Pier, meandering along the beach, getting lost and emptying your bank account in the shops in the Lanes, and sipping cocktails in trendy Kemp Town.

For an altogether more remote break, disappear off the grid in the Scottish Highlands, the Lake District, the Brecon Beacons or pit your fitness tackling the staggering Snowdon mountain in Snowdonia.

To see the quaint side of the country why not visit the quintessentially British cities of Bath (famed for it's striking architecture, Roman Baths and luxury Thermae Spa), Oxford (home to the impressive Pitt Rivers Museum, fantastic University buildings, punting and the Sheldonian Theatre) or Edinburgh (with its imposing castle, Arthur's
Seat and Holyrood Park).

Alternatively tick another must-see attraction off your list and head over to see the magnificent Giant's Causeway in County Antrim, Northern Ireland. Tag on a stay in Belfast and take a cycle tour around the stunning Lagan Valley Regional Park, visit the Titanic Dock and Pump House and look on in awe at the imposing Stormont Castle.

In short you don't need to leave the country to have a fantastic break, and our humble little island has a raft of holiday treats in store for you!