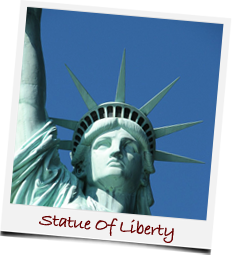 Where To Go On Holiday In The USA

It would be crazy to try and summarise everything the USA has to offer holidaymakers in a short article like this. The sheer diversity of landscape, culture, architecture, cuisine and entertainment means that there are a million and one different experiences to be had in the US.

From the razzamatazz of Disneyland and the breathtaking scenery of the Grand Cannon; to the hedonism of Las Vegas and the proud musical heritage of New Orleans, don’t expect to even touch the surface of what the USA has to offer in a single trip.

In many ways, it's better to think of the USA as a series of interconnected countries, each with their own distinct personality, vibrancy and pace. New York is no more of a typical American city than Detroit, Los Angeles, Washington or Dallas. The East and West coasts share [a much commentated on] rivalry, and numerous "papers" have been written about the differences between the North and South of the country.

If America is one thing it's a road trip destination. Novels like Fear and Loathing in Las Vegas and films like Easy Rider have made the journey to find the true "American Dream" legendary. If a voyage across Route 66 isn't for you however, consider our top picks which include the Virgin Islands as an unadulterated getaway destination, the Yosemite National Park that was made famous by the photographer Ansel Adams, and the Hudson River Valley which is a foodie's Mecca.