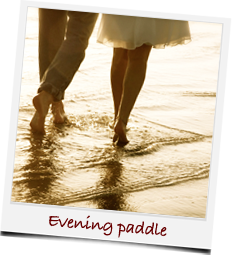 Where To Go On Holiday As A Couple

It's no secret that whilst holidays are often designed to be the most relaxing time of the year, the stresses of antisocial wake-up times,  airport queues and disagreements over directions can quickly turn the most meek and mild couple into bickering wrecks… sometimes before they've even left the country!

It's not just family holidays that suffer from bust-ups. Going on holiday as a couple will almost certainly mean that you will be spending an unusually large amount of time in each others back pockets - so visiting a country that offers some downtime activities that both of you can enjoy is essential.

Choosing a destination with good transport routes from the UK is the most effective way to get things off on the right foot. Most major European cities are well connected with UK airports - and the Eurotunnel and Eurostar make travel to France, Belgium and Holland faster and more comfortable than ever before. More far-flung destinations don't have to be grief-ridden however, as our top recommendations prove below.