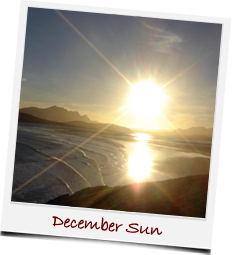 Where To Go On Holiday In December

It’s that time of year where you can’t escape the incessant Christmas referencing, be that the hundredth rendition of Band Aid, the works Christmas party, adverts depicting scenes of festive familial bliss, and retailers all vying for your Christmas custom. The hard truth is that the threat of playing happy families is looming ever larger and that’s if you can even get past the politics of where you’re spending it.

But all this means that December offers a great opportunity to escape, whether that’s to visit one of the many European Christmas markets for alternative gift purchases or to simply forget the seasonal period is even happening. And after suffering the seasonal excesses lets face it, you deserve a break, so why not jet off and see your New Year in with a bang? Whatever your excuse, it’s a good one! So make those excuses, pack your bag and head to one of the following destinations.